When Jon Marchese, the owner and television producer of Choice TV Radio approached me several months ago to be a guest on his show I was excited. I knew immediately that my topic would be luxury real estate advertising! With my extensive magazine background in the luxury real estate and lifestyle arena what else would I offer his listening audience? I thought “Oh boy this is going to fun!” Well I was absolutely correct about the fun part.

So as the next couple of weeks flew by I started to think, what would be an interesting story for Jon Marchese’s radio show? The answer came to me in a flash. I was going to invite Newport Beach’s luxury real estate agent Linda Ginex on the show with us. Linda Ginex happens to be one of Newport Beach’s go to movers and shakers in her Coldwell Banker office. In addition to Linda’s luxury real estate track record Linda was also, the woman who helped us map out the business plans for Home & Realty Magazine from our very beginnings back in 2009. Well this story has a lot more to it and Jon Marchese did a wonderful job asking us all the right questions and taking the stress out of our being on the air!

Choice TV Radio is an excellent medium to get your company’s message across in a most fun and exciting surrounding! Yes this is a testimonial and a heartfelt one at that! Thank you so much, Jon Marchese for inviting Linda and I on your show.

We hope everyone pours a beverage and relaxes to our above audio! Learn how luxury real estate advertising is now being integrated with Choice TV Radio and the digital pages of Home & Realty Magazine to help our agent friends who specialize in the world of luxury real estate!

In the words of Jon Marchese…”Make good choices!”

Five value added reasons you will benefit from having CES aka Coastline Environmental Solutions Inc. working for you in your home.
Reputation- There is one primary “unspoken “question that every prospect has about every person or company they do business with. That question is: “Can I trust you?” Our potential clients may not verbalize the question just like that, but it is the number one question in their mind. “ Coastline Environmental Solutions, Inc. enjoys a reputation that is second to none. We have a phenomenal reputation of giving our clients a unique service experience. Some of the most seasoned Interior Designers, Realtors and Business owners in the OC and LA area refer our services exclusively”
Experience – Coastline has been serving the OC and LA communities since 1985 that is over thirty years. That is more than three decades! We have been helping home and building owners in our community. If you are going to have someone work in your home you are going to want a company who has had their technicians and craftsmen working in homes just like yours.

One of the ways our service company made tremendous progress with our positioning was by offering to tackle trouble shooting jobs no one else wanted to touch. This in turn gave us unmatched experience. We were going after things that others were running from. In just a few years, we have seen more situations than our competitors will likely see in a lifetime. As a company we have been able to learn a tremendous amount from those experiences and will likely be familiar with your situation regardless of what it is.
Education and Training- Our Company is a certified Firm by the IICRC, International Institute of Cleaning and Restoration Certification. Master Certified Restorer and Textile cleaning Specialist, ACAC, American Council of Accredited Certification as a CIEC, Certified Indoor Environmental Consultant. NADCA, National Air Duct Cleaners Association, ASCS, Air Systems Cleaning Specialist and licensed General Building Contractor B-812317. We are heavily involved in our industry and stay on the cutting edge of information. We bring this education directly to you, so you can be sure you have the very best available.
Systems- This is how we deliver our unique client experience. Our customer service system sets us apart from our competition. “Our mission is to provide you with the most phenomenal service experience ever. We will treat you with the utmost respect and courtesy and deliver our cleaning and restoration service on time. We have industry specific scheduling and job management software that is synchronized with our estimating software, Quick Books Accounting and job documentation for moisture mapping. It also has a CRM, Client Relationship Management component to assist us in tracking who we are working for and what we are doing or have completed for them. Follow up is the life blood of a successful business.
Guarantee- Many small business owners are afraid to offer a 100% money-back guarantee on their product or service in there marketing message. As a restoration contractor we cannot give you a refund on your entire restoration project, but we can follow up after ever sale. “Our company offers a 100 percent money-back guarantee: if you aren’t completely thrilled with the service experience you received from our cleaning & restoration company, we will rush back to your location at no charge and no obligation to correct the situation. If you are still unimpressed, you owe us nothing, and we will issue a 100 percent refund.”
Providing our clients with the best service experience possible is a mission of ours we take seriously. Getting to know our client’s needs and concerns is most important to the success of any project we work on. Providing our clients with the most phenomenal service experience possible is not an easy task nor is it one we take lightly. Following up with every client to make sure they are more than just satisfied is a process that requires the right system and people in place to be successful. 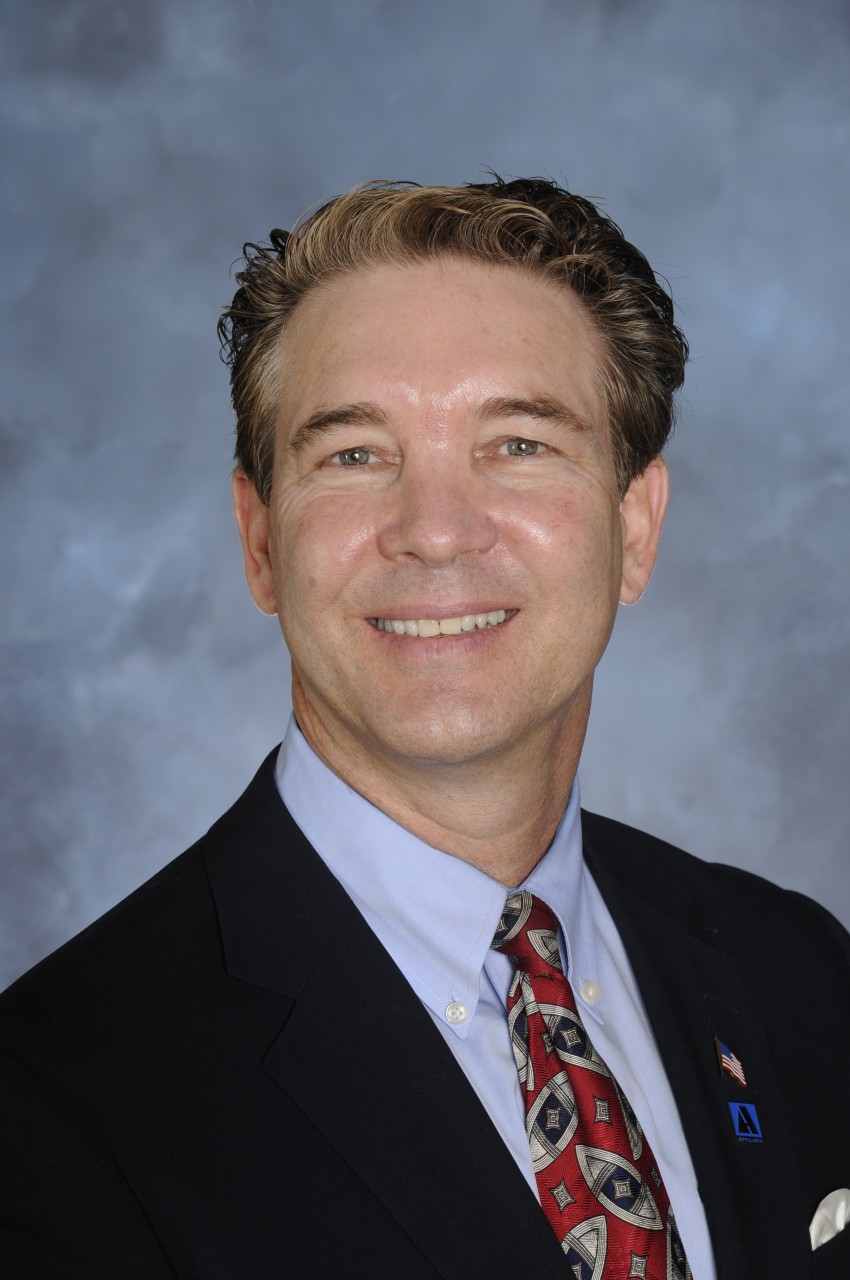 Coastline Environmental Solutions, Inc. has endured a 28-year span as a superior Environmental service provider to the Long Beach region including OC. Coastline is a California licensed company family owned and operated by Vincent Attardo, his environmental technicians, and his dedicated wife Ana.

References will be furnished upon request.

A big jump in mortgage rates over the past two months may start to cool the rapid rise of home prices in the second half of the year, The Wall Street Journal reports.

Mortgage rates have shot up from lows of 3.59 percent in the beginning of May, to 4.58 percent during the last week of June, according to the Mortgage Bankers Association. Rates are at their highest levels in two years.

“A rule of thumb holds that every one percentage point increase in interest rates reduces affordability by 10 percent, so the recent move in rates just made homes about 10 percent more expensive to buyers who need to finance their purchase,” The Wall Street Journal reports.

According to National Association of Realtors and their Home Buyer and Seller Generational Trends report:  at  31 percent, Gen X comprises the largest group of recent home buyers. Gen Xers were followed in numbers by Gen Y buyers (28 percent), and then younger Baby Boomers (18 percent), older Baby Boomers (14 percent), and the Silent Generation (10 percent). The Greatest Generation, also known as the G.I. Generation, represented less than 1 percent of recent buyers.

The report — a compilation of survey data from 8,501 recent home buyers — also shows that 80 percent of buyers who are aged 57 and younger bought a detached single-family home in 2012. Buyers over the age of 57 are increasingly purchasing townhouses and condos.

The report also found that among all generations of home buyers, the first step in the home buying process is looking online for properties for sale.

Older buyers are less likely to finance their home purchase in comparison to younger buyers; when they do finance, the share of the home they financed is typically smaller.

When it comes to selling, Gen X is the largest group who are recent home sellers followed by both younger Baby Boomers and older Baby Boomers, the Silent Generation, and Gen Y. The G.I. Generation represented less than 1 percent of recent sellers.

Home prices are moving up at a quicker pace, rising in May by their largest annual amount in more than seven years with more to come, according to the latest report released by CoreLogic.

Home prices increased 2.6 percent in May over April and have shot up 12.2 percent compared to last year’s prices. CoreLogic economists are predicting that home prices will rise by another 2.9 percent in June, making the yearly price gain 13.2 percent year-over-year.

Tight inventories of homes for sale across the nation have pushed home prices higher, according to CoreLogic.

“Home price appreciation, particularly in much of the western half of the U.S., is increasing at a torrid pace,” says Anand Nallathambi, president and CEO of CoreLogic. “Across the country, pent-up demand and continued low interest rates are fueling strong demand for a limited inventory of properties. We expect that trend to continue to drive up prices throughout the balance of the summer months.”

When including distressed sales, the following five states have seen the highest home appreciation in the past year, according to CoreLogic: