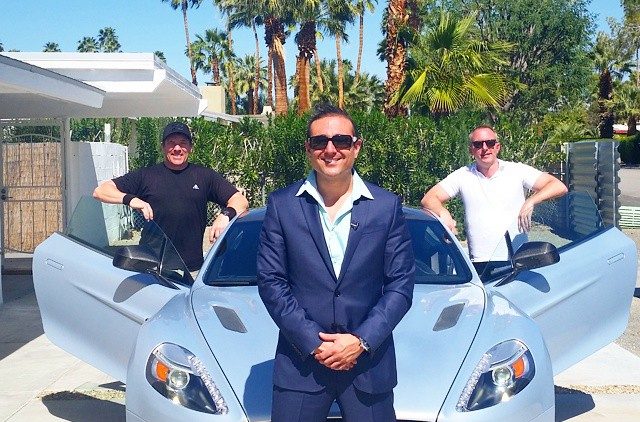 Phenom Josh Reef is a bridge between the real estate meccas of Los Angeles and Palm Springs, holding the record for the most expensive transaction in PGA West history. Impressive for someone who delved into the luxury realty business less than four years ago.

Reef’s genesis is similar in principle to many successful outliers (absolute faith in oneself, extraordinary work ethic, dogged perseverance) but the short journey heretofore is best described as unique. Before his splash onto real estate, Reef was an office manager at a YMCA, dabbled in multilevel marketing, while finishing up his PR & Marketing degree. No doubt his background in marketing is what ascends him from his contemporaries. However, he credits his PR genius to his time as a drummer in a band. In high school, Reef home produced CD’s and sold them on campus. During college, said band, Fair Fight, developed into a college credit public relations project but proved so successful Reef and his band mates got picked up by Triple Crown Records of Warner Music Group.

The crest is still higher up on the wave for Reef whose marketing aptitude and determination propel his upward motion with swift ease. Those admiring his talents may not realize the level of dedication he invests in his clients. “I offer a very healthy amount of time to answering questions and being available. I answer or text back client calls immediately. I like to set up that [my clients] know I’m going to handle it and that they’re getting the best.” Reef goes on, “I follow up on the promises that I give them. If I tell them I’m going to make a video, we’ll make one. If I tell them there’s an opportunity for TV exposure, I’m going to get it. There’s no way around it. In my mind there are no excuses.”

That being said, Reef is selective about the homes he represents and the reason for that is simple. “If it’s not a product I’m passionate about, it shows through.” Reef stands by his conviction to remain honest and upfront with sellers if unable to meet their expectations and has no qualms about walking away from a multi-million dollar listing. “I’m not the guy that goes in and says we gotta reduce the price by 300K. If it doesn’t sell with all this crazy marketing I’m going to do then let’s look at the price again — and it’s worked. We’ve broken many records in desert area neighborhoods because of that philosophy.” Reef describes himself as a bit of a maverick, going against the grain, thinking outside the box in proactive pursuit of strategic and creative techniques to get the highest price for a trophy listing. A-list clientele fortunate enough to be invited to one of Reef’s elaborate estate galas delight in his interpretation of the story he creates around a home — which has included an Aston Martin or Maserati appearance in the past. Each residence has it’s own tale to tell. Reef brings that to light, composing a narrative starring the right buyer in this perfect house. 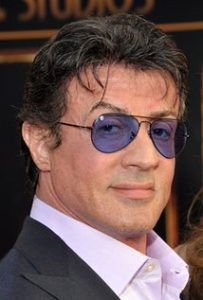 All Reef’s efforts lead to successes prevailing to more high level business. Case in point, Reef was recently tapped to sell a home belonging to famed actor, producer and beloved American icon, Sylvester Stallone. One would think getting referred to Sly would make you weak in the knees but Reef doesn’t intimidate easily, if at all. The challenge: enormous, especially when it came to making a video showcasing the home. After Stallone viewed it he paid Reef and his team the highest compliment one could earn from a film legend, “great job!” After a brief moment to take that in, Reef went back at it. His mindset, to work hard and smart in every aspect of realty. He prefers to vet each prospect who crosses the threshold of a client’s home. For Stallone’s abode he’s tasked not only to deflect unqualified buyers and unscrupulous characters but also sightseers and would-be script writers.

The future, both short and long term, for Reef is as vast as the ocean extends to the horizon. Reef doesn’t hope, he works towards his destiny and shapes it. Swells to conquer are gaining visibility in Los Angeles and Beverly Hills while broadening his prominence throughout the low desert oasis. Building above and beyond that, Reef is casting yet a larger net but I’ll leave it up to him to effectuate. A little intrigue is good here but if anyone is a surety on results Josh is your man. There’s no great barrier for this Reef.