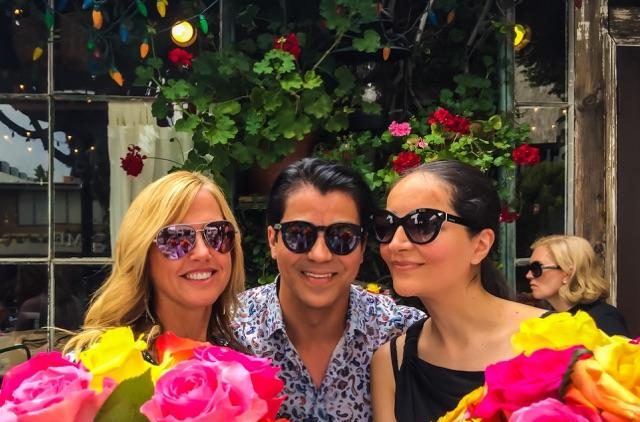 Luxury real estate icon Nick Nikjou, of Vancouver BC, takes a brief three-day break in LA, with the love of his life, and wife Morvarid Nikjou, or as her friends call her Mori! Mori is also a talent in her own world. Mori is a film actress in Vancouver and has recently “starred” in her newest film “The Dentist!” The Nikjou’s are no strangers to luxury and what life has to offer. Home & Realty Magazine learned about this spectacular dynamic duo from our magazine’s good friend Christophe Choo. Christophe as many already know is an international real estate icon himself, so it is no wonder that the Nikjou’s would be associated with our fine friend Christophe Choo of Beverly Hills.  Our association with Christophe Choo has invited many new clients to  Home & Realty Magazine. He is an anchor sponsor and friend of our entire team!

We are so grateful to have met and worked with some of the finest luxury agents in the world due to Christophe’s presence and working relationship in our luxury and lifestyle magazine. Thank you, Christophe! 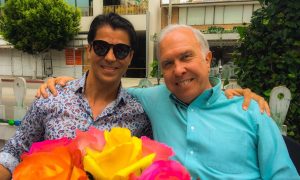 Nick’s luxury properties are some of Vancouver’s most prestigious investments. He is well known for the sales of some of the highest selling estates in his Vancouver BC territory. We are so proud to represent Nick one of the most accomplished luxury real estate agents in Canada and a quality friend, along with Mori his lovely wife.
As Home & Realty Magazine’s Publisher, myself and Michele Klein, were delighted to be invited last week by Nick and Mori Nikjou, friends also of Christophe Choo, for a delightful lunch gathering in LA, at the fabulous Ivy restaurant.

Long Beach’s Michele Klein, Executive and VP/Sales, for Fidelity National Title, Michele Klein was an invited guest. Michele and I learned so much speaking with Mori about her film career! Dining on the patio of one of Hollywood’s preferred restaurants in West Hollywood and taking in Mori’s exciting acting events made it even more eventful. It was an exhilarating day being in the company of such beautiful surroundings, talent and creating new friends as the day continued. Nick and I chuckled over how quickly Mori and Michele Klein bonded! It was fun to watch the ladies smile all day and, listen to all of their chit-chat! Although Nick and I had no idea of what they were saying!

Cheers to Nick, Movarid, and Michele Klein, to the making of luxury relationships and great friends along the way!